The Ashes of War by MH Murphy 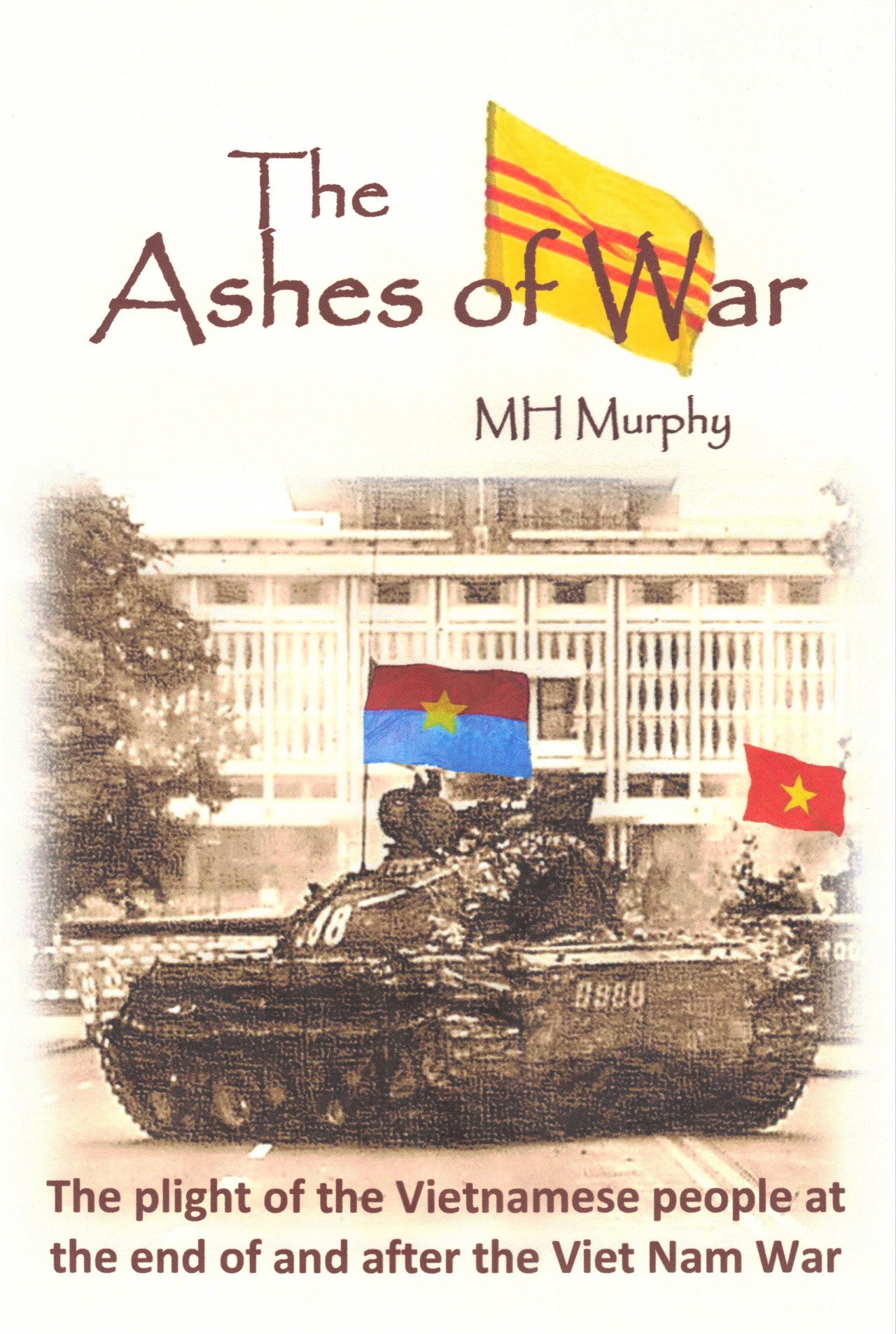 From the Author, MH Murphy

The Ashes of War, begins on the twenty-eighth day of April 1975, just as the great city of Sai Gon and the Republic of Viet Nam were taking their last breaths of freedom. My book then walks its readers through the surrender two days later, and on through the next seven years of hardships and changes endured by the South Vietnamese people.
Uniquely written entirely through Vietnamese eyes, The Ashes of War chronicles the plight of the South Vietnamese people at the end of and after the Viet Nam War evoking strong feelings and emotions as its readers empathize with individual characters who share their personal stories.
The Provisional Revolutionary Government of South Viet Nam enacted new rules, laws, and policies created to “target” the South Vietnamese. This touched off an exodus like no other in history. Over the next two decades, more than two million Vietnamese fled their homeland. Some fled overland but most fled in boats of every kind and size regardless of its condition. This created the greatest humanitarian crisis in human history, and a new term was coined and recognized all over the world, “Boat People.”
The Ashes of War shares the poignant stories of people who fled their beloved country as boat people, those who escaped overland, and most importantly, what happened to the people who stayed behind and attempted to create a new life in the Socialist Republic of Viet Nam

The Ashes of War are the millions of South Vietnamese people, whose lives were irrevocably changed by the coming and passing of a single major event in their history, the surrender of their country to its mortal enemies, North Viet Nam and the Viet Cong, on the thirtieth day of April 1975.

Ashes of War tells the story of the fall of Sai Gon in 1975 from the perspective of one person who stayed in Vietnam and another who escaped on a boat to the United States. The book was written by a former marine, who saw and records what the people felt. Most books about the Vietnam war are written from the American Perspective. The book intertwines the stories of a Saigon Police Officer (Book 1) and a Tea Shop owner (Book 2). Their stories are deep and detailed as the war and Vietcong close in on them and their families. It's as if you on the streets of Sai Gon, then a boat to parts of the world. The book relates a lot more than shown in the PBS documentary. From what I learned, the ashes of war can lead to embers of hope. Despite what happened in the Ashes of war, families struggled but were able to maintain contact. Also, new bonds were formed as brothers. The story continues in Vietnam and the US. Vietnam is a prime manufacturing country because of the skills of it's people, The US has many new lawyers, doctors and engineers because of the welcoming of religious groups and others.

5.0 out of 5 starsThe Ashes of War is unforgetable

The Ashes of War is an engaging, gripping emotion stimulating story about what happened to the Vietamese people during and after the fall of Saigon. Personal accounts combined with historical events took this reader into the unfolding tragedy of the communist take-over of South Viet Nam. One can see the scenes, feel the terror, and smell survival as well as death.

On the other hand this reader experienced love and caring between family and friends who experienced their home and their way of life obliterated.

The stories shared in the Tea Shop reminds me that all people have a need to share their lives with others.

I will never forget the Boat People. I was there with them through the descriptive storytelling spun by the author.

As I strolled through the book each character became someone I felt like I knew. I was touched.

The slowly developing love between two people dangled over my head like a carrot. I looked forward to turning the pages to find out what happened next. Yet, at the same time, I wanted to read the page again in case I missed something.

A beautiful read of a time and place in our world.

The Ashes of War By MH Murphy

M H Murphy’s The Ashes of War: The Plight of the Vietnamese People at the End and after the Viet Nam War (CreateSpace, 434 pp. $21.95, paper; $9.99, Kindle) deals with what happened to—as the book’s subtitle notes—Vietnamese people after the fall of Saigon in April of 1975. The author served with the U.S. Marines in Vietnam in 1965-66.

Murphy, a member of Vietnam Veterans of America, became interested in the South Vietnamese refugees when he wrote an introductory guide for people who had relocated from Vietnam to the Chicago area. He did years doing an extensive amount of research in compiling The Ashes of War.

In the book, Murphy alternates between telling the stories of two South Vietnamese refugees. One is a former Saigon police officer who escaped by boat. It was surprising to learn that there were 2.5 million refugees who fled Vietnam, causing a humanitarian crisis and coining the term “boat people.” The stories of boats capsizing, pirates attacking, and starvation and suicide among the refugees were very powerful.

The second thread tells of a tea-shop owner who chose to stay in Vietnam after the communist takeover. The new regime closed his family business and sent the owner to a reeducation camp. Murphy writes that more than 300,000 people were sent to these camps. Conditions were terrible and reminded me of stories of concentration camps during World War II.

The tea-shop owner was released after a year when his family bribed the guards. He did find love among the hardships and ended up getting married before fleeing.

I wish the author would have written briefly about where the two main men ended up. Was it Chicago? Did they ever go back to Vietnam? Were they reunited with their families?

That said, I highly recommend this book.

Copyright 2017 The Ashes of War